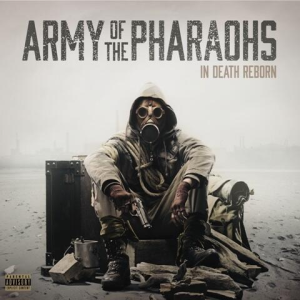 Okay, I’m going to make this short and simple.  I feel like AOTP has enough clout to hold their own mics on the indie Hip Hop tip.

My newsfeed on Instagram is flooded this past week with “In Death Reborn” posts.  People left and right claiming that this album is, “Best album of 2014”.  First off, it’s only April, calm your asses down.  Were most of y’all a few months ago saying Step Brothers was in first place?  Second, like most better known indie Hip Hop groups, as long as people don’t see them with Lil’ Wayne, they will get their praise.

I don’t know man.  I don’t know if I just expected too much after hearing “God Particle” or what?  But to me it just seemed… I don’t know… meh.  I expected more I guess.  Maybe this is how men feel with blue balls.

I’m not taking any credit away from this album. It will definitely be on my regular rotation of albums on my iPod. This is good solid Hip Hop. It has some good wordplay and some good production I like here and there. Vanderslice and Stu Bangas stood out to me for production.   (Even though most heads I see are already blaming this on production for this lack luster album). Apathy and Celph stood out the most to me lyrically.  I can’t really say that lyrically it was lacking, because it wasn’t.

Ughhh … I don’t know man… Maybe this will grow on me a little more and I can give this a second look.  So at the end of the day, I’m just really curious what other heads think about it.  Joints like, “God Particle” and “Broken Safeties” stood out to me, amongst others.  It just doesn’t seem “classic” to me.  For some reason I have a feeling that it won’t go down as “classic AOTP”.  Again, I’m not knocking this album because at the end of the day this is my “Two Cents”.